Behind the Mind of Restart

A one on one interview with author Gordon Korman. 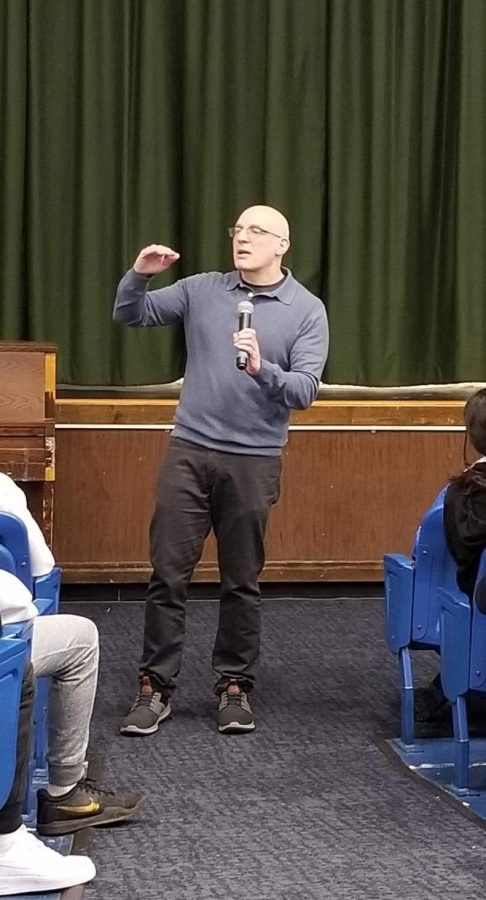 As you all know, we had the privilege of welcoming the author of Restart, Gordon Korman, to our school on January 14. Gordon Korman is the author of hundreds of books, including, Swindle, The Unteachables, and Masterminds. In fact, did you know that he wrote his first book in the 7th grade as an English project? After that, he realized that he liked writing and it became a hobby and now he does it for a living. Korman has always liked writing because he enjoyed getting creative. Many people thought Restart was based on a true story, but after meeting with Korman, he told us that the novel was totally based on fiction. It was actually inspired by the personality of people and the idea of whether or not people can change.

You might think for his whole life he only wanted to be a writer, but he actually got better grades in math and science than in English. He said that another profession he could have done was something that involved technology. We asked Korman, out of all the books he had written,   what his favorite was. He said his favorite book is always the most recent one or his newest book. Many people thought Restart would be a good movie, and people questioned if it was going to be a major picture film. Gordon Korman stated he sold the movie rights to Disney Plus, but it won’t be a movie in the theaters.  In the meantime ,you can catch the characters from Korman’s book This Can’t be Happening At MacDonald Hall  on the Netflix series “Bruno & Boots.”