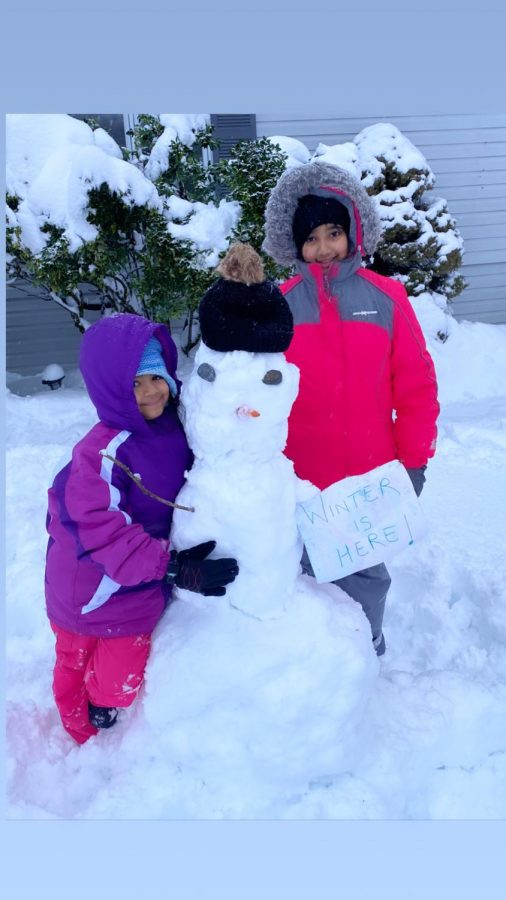 In the past month, our town has gotten over three feet of snow. This was the most snow we had gotten since 1995. NJ also broke a snowfall record in February for the biggest multi-day snowstorm. This amount of snow has certainly shocked us all. In one storm alone Wayne got over two feet. The snow has not only been in New Jersey, but also in other parts of the country that normally don’t get snow like Texas. There had been many power outages across the country. In Texas, there had been over 100,000 people without power and electricity and many people’s houses were damaged during the storm.

The snow caused schools to be closed or to do virtual learning and offices had to be shut down. Kids enjoyed the snow, building snowmen, tubing, and sledding. Hopefully, we don’t get too much snow going forward. While the snow looks good on the trees, we would like to see the weather get warmer so we can play outside. We hope that March is warmer and nicer than February.

Why did we get so much snow? Experts claim that it has to do with climate change, which can cause weather patterns to change. Scientists say these types of storms may be more common going forward. According to the Washington Post, Ryan Hanrahan, chief meteorologist for NBC Connecticut in Hartford, said, “I suspect warming air and sea temperatures may be priming the atmosphere for heavier snow. We seem to be seeing fewer small and medium-size events and more big ones or blockbuster storms.” Hopefully, there isn’t more snow to come.